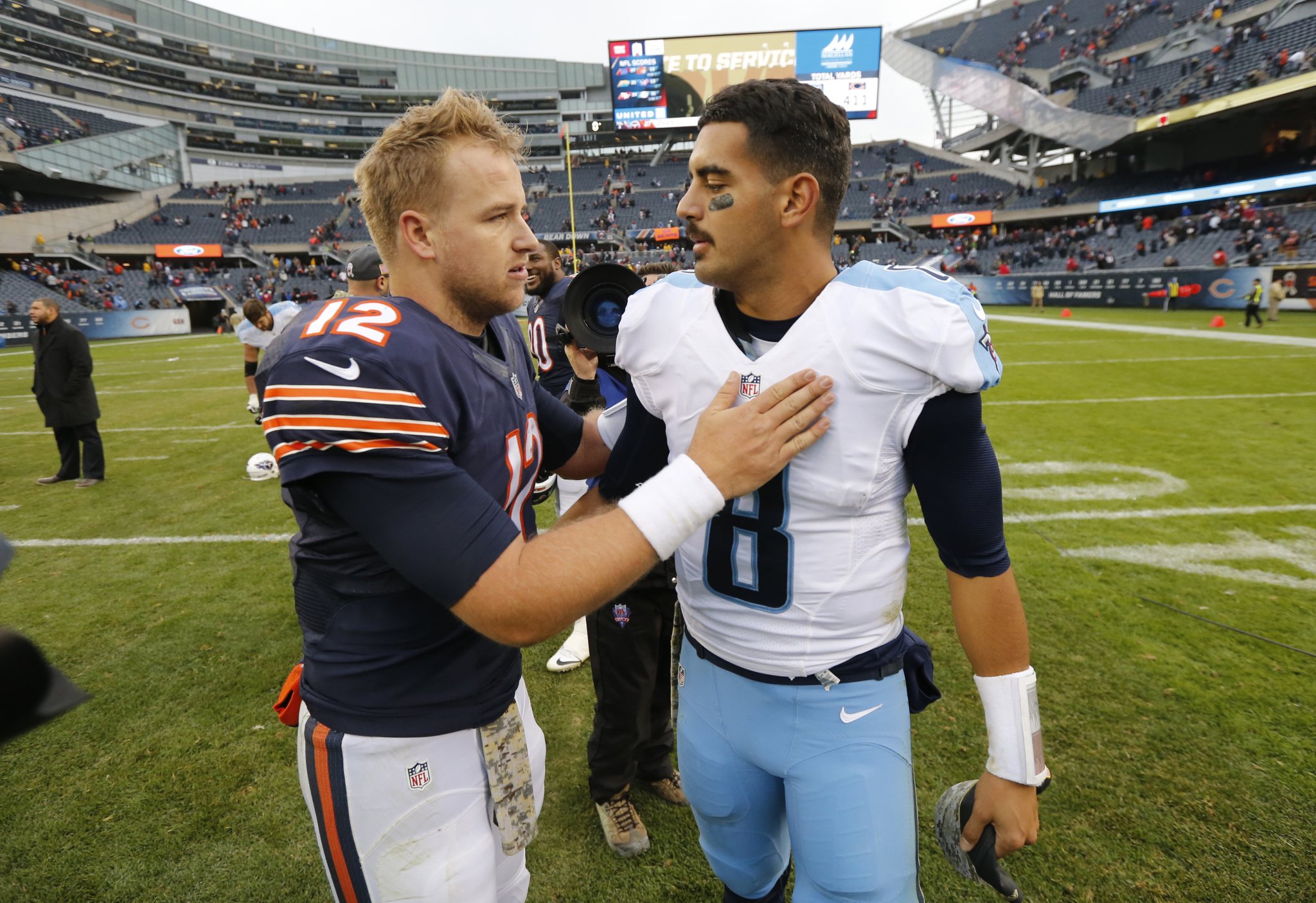 As starting debuts go, Matt Barkley’s was better than most.

After just one week of practice with the first team and having had less than three months to learn the Bears’ offense, the fourth-year quarterback nearly pulled off a comeback unprecedented in franchise history.

If not for one blatant drop and another catch that should have been made but wasn’t, both in the end zone in the final minute, Barkley would have rallied the Bears to their first comeback from a 20-point, fourth-quarter deficit in the 97 years they’ve been playing football.

“Every pass that I saw him throw, he threw it with 110 percent confidence,” said Bears outside linebacker Willie Young. “I didn’t see any hesitation.”

It was, though, far from a flawless performance.

Barkley’s 2 red-zone interceptions left points on the field. But he was an unknown quantity Sunday morning, and now the Bears have a pretty good idea of what they have in the 26-year-old they plucked off the waiver wire in September.

“All I’ve seen him play (before Sunday), live-action, was a little bit in second half of the Green Bay game (Oct. 20),” head coach John Fox said of Barkley’s only other game as a Bear. “We didn’t have him in preseason. Much like all his teammates and all the coaches, our confidence level (in him) is a little bit higher now.”

Running back Jordan Howard said Barkley remained even-keeled throughout the ups and downs in Sunday’s 27-21 loss to the Tennessee Titans at Soldier Field.

“He never lost composure,” Howard said. “He never complained about anything, about

any of the drops. He just told us, ‘Keep going and make the next play.’ ”

Barkley stood tall in the face of the Titans’ pass rush, throwing several passes knowing he would be hit. But he always got the ball out quickly enough to avoid a sack despite launching 54 passes, including a near-record 33 in the fourth quarter.

The only other healthy quarterback at Halas Hall is David Fales, who was re-signed last week and has never thrown a pass in an NFL regular-season game.

With Jay Cutler rehabbing a shoulder injury that makes him iffy for at least the next couple of weeks, Barkley will have additional opportunities to make his case for the 2017 roster.

One of the most interesting aspects of the Bears’ off-season will be the future of the quarterback position. Especially if, as expected, they use a high-first-round draft pick on a QB, or if they trade for a young one, like the New England Patriots’ Jimmy Garoppolo, to plug in immediately.

Barkley’s performance in his first start puts him in the discussion for 2017 opening-day starter.

“There was a couple plays that we could have executed better,” Fox said. “But for the most part, he was really good on the sideline, really good with the coaches and his teammates.

“He never blinked. He even handled some negative things early on. All in all, he operated pretty good. It was a pretty good first outing.”

PREVIOUS ARTICLE
Article 31 of 90
NEXT ARTICLE