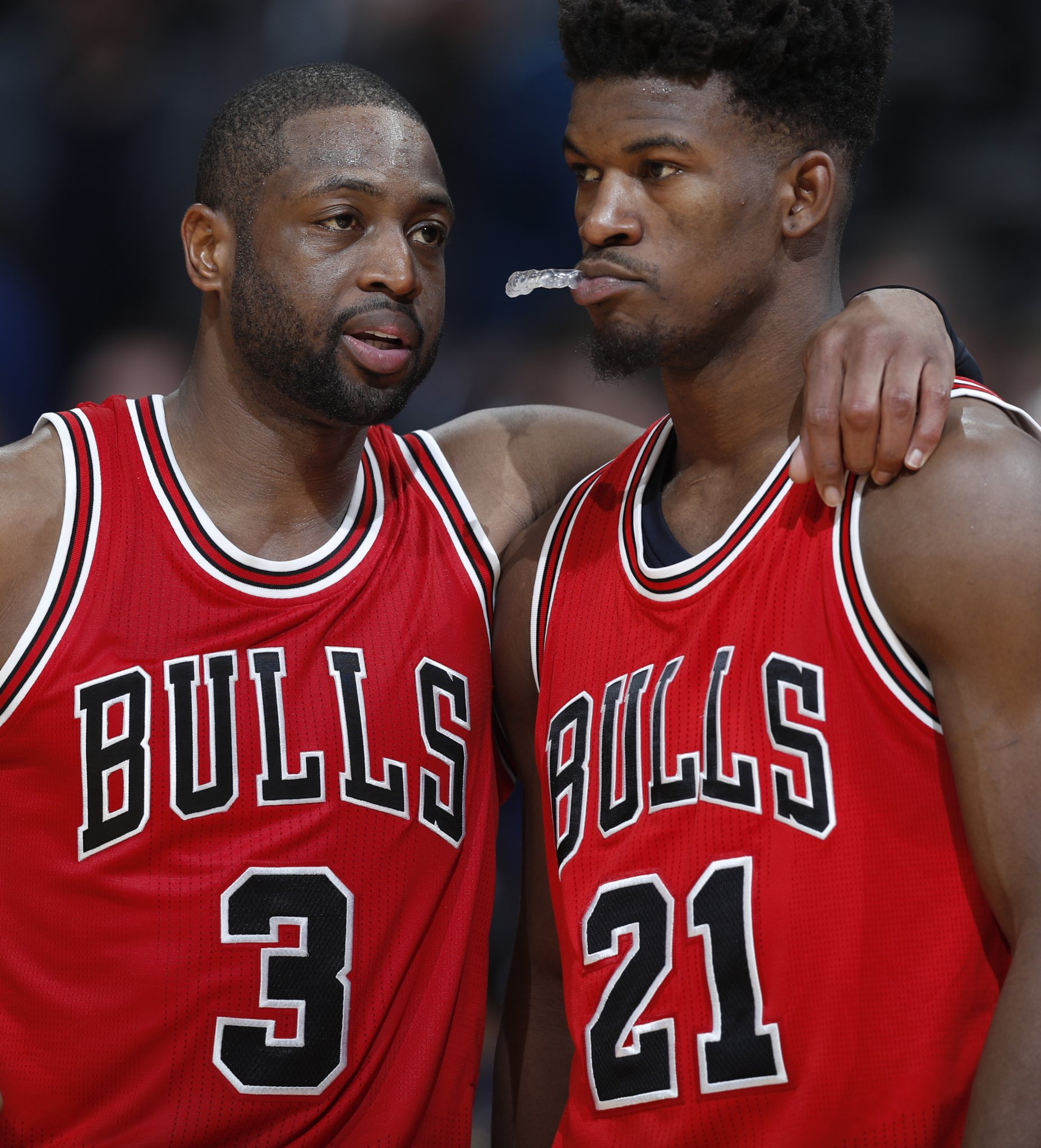 Dwyane Wade has gotten some good early results, both with his jump to the Bulls and his role as mentor to the team’s superstar-in-training, Jimmy Butler.

“For me, (Butler) is just adding a little extra recipe to what he already has,” Wade said Monday at the Advocate Center. “I’m a chef, he’s a cook. Trying to make him a chef.

“He’s having an unbelievable season. What he’s doing now, this is not a facade. This is not luck. This is the way he can play night in and night out.”

The Bulls practiced in Chicago for the first time in two weeks after producing a 4-2 record on the circus road trip. It was their best showing on the annual western trip since 1996.

When Wade decided to join the Bulls this summer, he knew one of his duties would involve pushing Butler to another level.

It wasn’t quite the same as when LeBron James and Chris Both joined Wade in Miami, since all three were in the same draft class. Wade, 34, is seven years older than Butler, a fellow Marquette product.

During the road trip, Butler averaged 28.3 points and 8.2 rebounds. He has scored 20 points in 10 consecutive games and scored at least 35 points four times.

Butler also is learning there’s more to having a successful basketball team than what happens on the court. Wade spoke Monday about the importance of players learning to trust each other, which begins with building relationships away from the practice floor.

Then Wade credited Butler for coming up with a unique team bonding activity in Denver when players competed in an escape room activity.

said. “Guys were coming up with different things to do and Jimmy came up with the escape room. Some of us has never done it before so he coordinated everything. It was perfect, it was great.

“We have a great locker room. We have to continue that all year. When we won three or lost three early in the season, the locker room was the same, and that’s key.”

The Bulls’ 10-6 start might be surprising to some NBA observers, but they’ve had a favorable schedule. Tougher tests are in store.

After hosting the Lakers on Wednesday, the Bulls will face defending champion Cleveland for the first time on Friday at the United Center.

“I don’t mind going on the road early like we did,” Hoiberg said. “It gives your guys a chance to bond, to spend a lot of time together, continue to build on chemistry.

“Guys took it upon themselves to do team activities and team dinners. These guys really like each other. And that certainly helps when you’re on the floor.”

Wade appreciated how the Bulls have competed this season. Outside of a 17-point loss at Indiana on Nov. 5, they’ve had a chance to win every game in the fourth quarter.

PREVIOUS ARTICLE
Article 32 of 90
NEXT ARTICLE