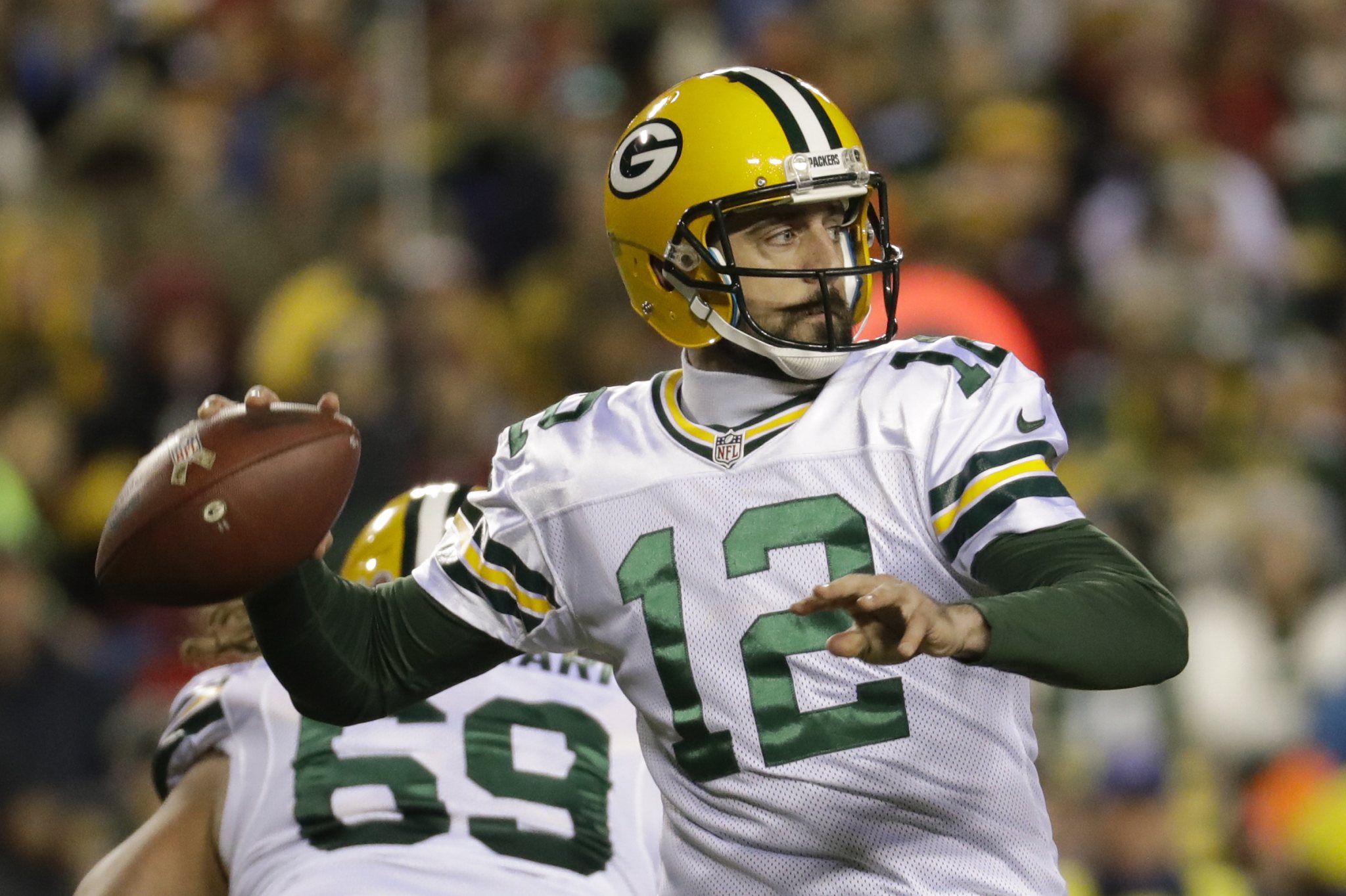 Quarterback Aaron Rodgers and the Green Bay Packers will visit Soldier Field on Dec. 18 in one of the few games of any significance for the remainder of the Chicago Bears’ season. (Associated Press)
PREVIOUS IMAGE

Circle two of the final five games on the Bears schedule, both at Soldier Field.

The first is this coming Sunday against San Francisco.

The other is Dec. 18 against Green Bay.

They will go far toward determining the urgency this sorry franchise will feel during the off-season.

The 49ers game will punctuate how uncompetitive the Bears are.

The Packers game will punctuate how unpopular the Bears are.

If there’s a team in the NFL clearly more troubled than the Bears, it’s the winless and helpless and hopeless Cleveland Browns.

If there is another team in the NFL possibly more troubled than the Bears, it’s the helpless and hopeless 49ers.

Even though the 49ers aren’t winless, losing to them would confirm what Bears fans — those who remain — already suspect.

The Bears also are helpless and hopeless.

That alone should be enough to prompt the McCaskey ownership to make drastic and dramatic moves.

No, they won’t fire themselves, but maybe they’ll do whatever is just short of that.

The other circled game on the schedule has the potential to ignite a firestorm of activity because a Packers game always weighs heavily on McFamily.

If those games go that way, the Bears’ record will be 3-10 and they’ll be even more of an afterthought in and around the city and suburbs.

Local sports fans — we can’t even refer to them as Bears fans anymore — already are finding other things to do on game days.

The most telling sign usually is how many people are grocery shopping during what would be, say, the first quarter of the Bears game.

People figure that instead of wasting time waiting for another linebacker to limp off the field or wide receiver to drop a pass, they can pick up a six-pack of beer and frozen pizza for consumption during the Sunday night game.

A good guess is that gamblers aren’t even watching anymore: They might still bet on a Bears game but follow the score on smartphones while cruising the produce aisle.

Perhaps that was what the 11,086 no-shows for Sunday’s loss to the Titans were doing on what actually was a mild late-November afternoon.

Now fast-forward to mid-December, when both the temperature and snow might be falling at and on Soldier Field.

Think low 20s temperatures, winds blasting off the lake at 25 mph making it feel more like flat zero, and snow piling up on the field.

One of two things would happen on that day.

Or about 40,000 will attend, with most of them wearing green and gold and booing the Bears and cheering the Packers.

The McCaskeys hate turning over Soldier Field to fans of that team from up north.

Check out the 49ers and Packers games if only to see whether general manager Ryan Pace and head coach John Fox need to check escape routes out of town.

PREVIOUS ARTICLE
Article 33 of 90
NEXT ARTICLE