Can our schools learn from the Finnish?
Huntley superintendent takes trip with educators to find out 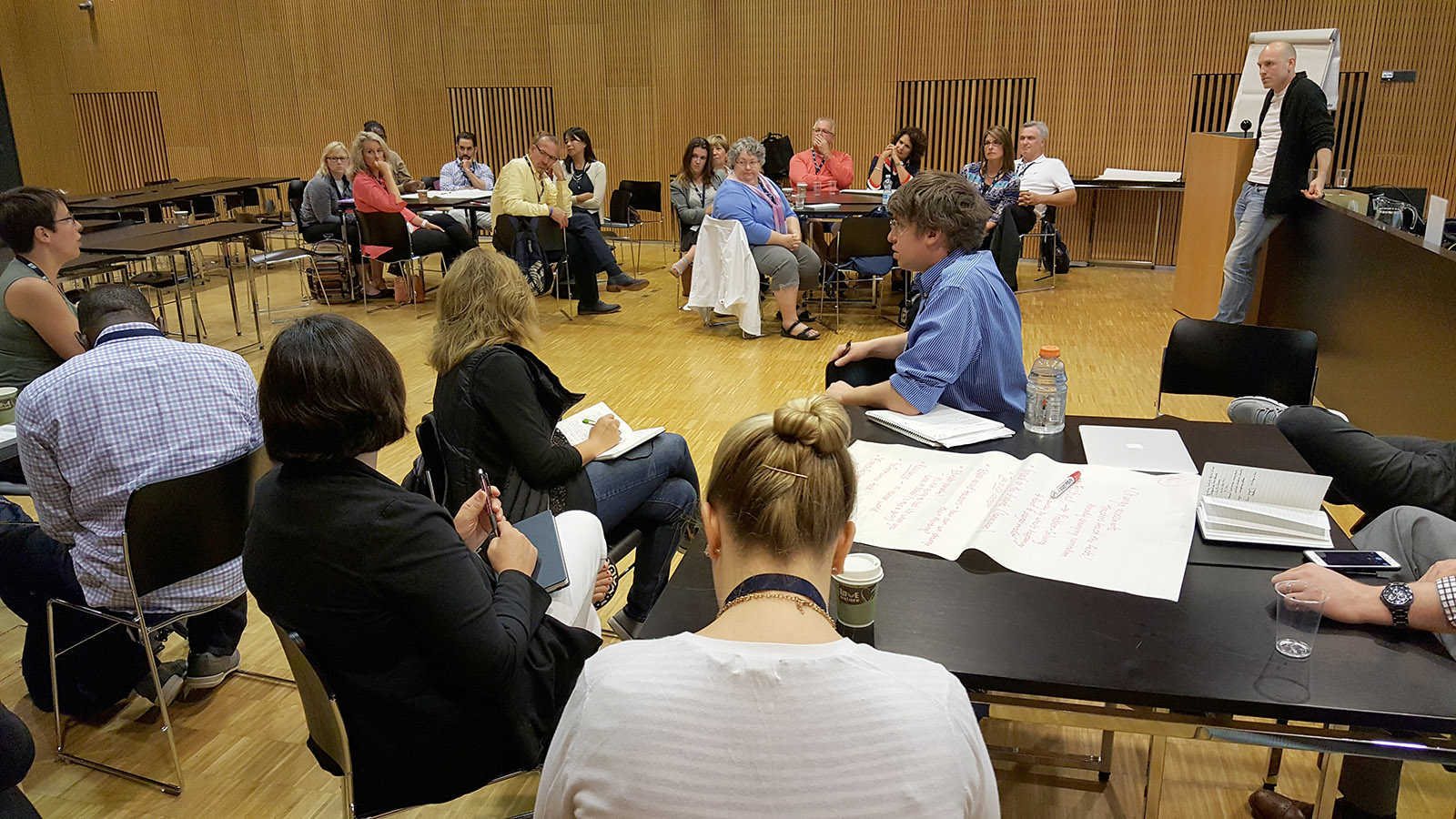 Huntley District 158 Superintendent John Burkey was in Finland this summer with a group of American educators taking part in a collaboration session with Finnish counterparts. (Courtesy of John Burkey)
PREVIOUS IMAGE

More recess and less school homework. Sound appealing? Those are just some of the perks students enjoy at schools in Finland.

Huntley Community School District 158 Superintendent John Burkey broke down lessons American schools can apply from the Finnish education system — considered among the best in the world by some measures.

Having previously been on trips to study school systems in Japan and China, Burkey jumped at the chance to join a delegation of 30 American superintendents and educational leaders visiting Finland earlier this summer.

“We spent a week studying their education system,” Burkey said. “While I think we have a great district, we can always learn from others. That’s part of how we get better and better, to learn from the best ideas not just in the United States, but the world.”

Finland’s population of about 5.4 million is half the size of Illinois’.

In the last 15 years, the Northern

European nation has scored near the top on the Program for International Student Assessment test, which measures 15-year-old students from 65 countries and economies in reading, mathematics, and science literacy every three years. The test also measures general or cross-curricular competencies, such as collaborative problem solving.

PISA — first administered in 2000 by the Organization for Economic Cooperation and Development, an intergovernmental organization of industrialized countries — is administered in the United States by the National Center for Education Statistics. Selective schools are invited to participate to provide a sampling from each country.

“The first time it was given, Finland came out No. 1 in the world,” Burkey said, adding that educators worldwide have started paying closer attention to what Finland was doing.

Children in Finland don’t start compulsory education until 7 years old. Early elementary students are in school about 20 hours a week — four hours per day — and while there are preschools, not everyone attends.

“We are operating under the paradigm that the earlier the better,” he said.

In Finnish elementary schools, students take a 15-minute recess after every 45 minutes of class. Educators there believe students need to clear their minds.

“There is a lot of emphasis on play and discovery,” Burkey said.

With few private schools in the country, most students attend public school.

“They don’t rank schools,” so there’s no competition among districts, Burkey added.

Homework is not a big part of the Finnish education system, and not anywhere near the level of homework students get in the U.S., Burkey said.

Perhaps one of the most notable differences and reasons why Finland has been successful is the way people view the teaching profession, Burkey said.

“Only 10 percent of those who apply in college to go into the teaching profession get in,” Burkey said. “It’s very selective in who becomes a teacher. It’s that noble of a profession. We need to make it a profession more people would like to get into and stay in.”

Teacher pay is comparable to the U.S., yet teaching is a high-earning profession in Finland.

Teachers also focus on more personalized learning and tailoring to individual students’ needs — something District 158 has done with its one-to-one digital learning initiative.

“They place a huge emphasis on quality over quantity,” Burkey said. “Their curriculum really focuses on broad and deep learning, and not learning and memorizing a bunch of facts. We’re really moving a lot toward that.”

Student demographics in Finnish schools are not as diverse as American schools. There is much more parity among students and almost no children in poverty, Burkey said.

“There is almost no achievement gap in Finland,” Burkey said. “There is just an amazing amount of trust put into public institutions in general, and into the school system. Teachers are given a lot of latitude.”

As for District 158’s future, Burkey would like to streamline the school day by taking out some elements that are not beneficial and giving students more time to play.

He also aims to provide teachers more time to prepare lessons and collaborate with colleagues just as their Finnish counterparts do.

“We really do need to back up and take a hard look at what we are doing to make sure it’s of the highest quality,” Burkey said.

PREVIOUS ARTICLE
Article 4 of 99
NEXT ARTICLE